Why Nanotechnology is the Next Big Thing One of the primary goals of technology development has long been to make technology as small as possible, while simultaneously improving its performance. The result of these efforts is the field of nanotechnology, which is now applied in a variety of uses.

What is Nanotechnology?
If you break up the word nanotechnology, the prefix nano usually indicates “one billionth,” and is derived from the Latin nanus, or “dwarf.” However, as the word “technology” is not a unit of measure, nano indicates that the subject (in this case, technology) is measured on a scale of nanometers. For reference, a strand of DNA is about two nanometers in diameter, and in the time it takes a man to lift a razor to his face to shave, his facial hair will grow about one nanometer. It is now accepted that nanotechnology specifically refers to technology that is sized between one and one hundred nanometers.

Nanotechnology operates on a different version of physics than the world as you experience it does. As a result, vast changes can result based on seemingly unrelated or insignificant stimuli.

Why This Technology Isn’t Everywhere
In 2017, Dr. George Tulevski, a researcher at IBM’s TJ Watson Research Laboratory, delivered a TED Talk on nanotechnology and the challenges it faces. According to Tulevski, nanotechnology has slowed where progress and advancement are concerned since its heyday in the 1980s.

However, Tulevski says that there is a solution to this problem that all scientific indicators point to - the use of carbon nanotubes. As Tulevski puts it, these nanoscopic tubes constructed of carbon could potentially improve computer performance by ten. However, using these tubes to create a computer chip would require the careful arrangement of billions to create a single chip.

The Potential Solution, and Other Applications
Clearly, this is a problem. Yet, by leveraging chemistry, nanoparticles can be arranged into circuits that generate a much better final product.

Of course, while computing is the application that Tulevski is focused on, there are many other technological and practical benefits that nanotechnology can grant us. From improved medicine delivery and improved fuel production to improved electronics and cleaner natural resources, nanotechnology is poised to create some truly impactful advancements in everyday life.

Can you think of any ways that nanotechnology could benefit the systems and solutions we have today? Share your thoughts in the comments, and make sure you subscribe to our blog! 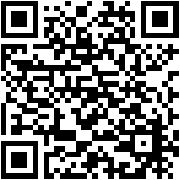