Everything You Need to Know About Windows 8.1 End of Life With Microsoft announcing that the Windows 11 release is right around the corner, most users will be looking to upgrade to hardware that supports it. This is a topic for another day. As we approach the Windows 11 launch, Microsoft is gearing up to retire one of its most controversial (and ultimately innovative) operating systems to date, Windows 8.1. Today, we thought we’d talk a little bit about the mixed bag Windows 8.1 is and how it will be important to move off of the software by January 2023.

Windows 8.1 is Only Kind of Windows 8

Windows 8 premiered in August of 2012. Microsoft was trying to make a name for itself in the mobile market and their new OS was described as “metro”. It was for use on touchscreen devices and PCs, but the initial rollout had a lot of people confused. In fact, many reverted to Windows 7, a more traditional form of Windows OS. As time went on, Microsoft was frustrated that their new OS, which came with a lot of criticism, wasn’t catching on so they decided to make a major update in 2013 that added in a lot of the features that people have come to expect from their Windows operating system, such as a start menu. This update, called Windows 8.1 has been the working version of Windows 8 for the past eight years.

The initial version of Windows 8 had its end-of-support date on January 12, 2016, thereby ending all support for that version of the OS. Since Windows 8.1 was more popular, Microsoft set an end-of-life date in January 2023. The hugely popular Windows 10 was released two years after the Windows 8.1 update, and most people took advantage of the free upgrade so as it stands today only about 3.5 percent of all PCs run Windows 8.1, which is why there hasn’t been a major campaign to alert users like there was when they were getting ready to retire Windows 7 at the beginning of 2020.

What You Need to Know

If you do currently run Windows 8.1 on your device, you should think about upgrading it to Windows 10 now; or you can wait, and if your hardware can take it, upgrade to Windows 11 when it starts to roll out later in 2021 and early in 2022. Either way, it is smart to have a plan to upgrade away from Windows 8.1 before January 2023 as it will no longer be supported by Microsoft.

Why Is It Important to Only Use Supported Software?

Each new iteration of the Windows OS comes with significant security updates and features designed to quell the almost limitless problems that are out there in today’s connected computing environment. If you continue to utilize software that isn’t regularly updated and supported by a team of developers, you will absolutely find that there are exploitable vulnerabilities that emerge. This can especially be a big problem for any business or organization that stores sensitive information, but it will likely be a problem for any user still using an unsupported version of their operating system.

The IT professionals at Telesys Voice and Data can make it easy for your organization to upgrade to a continuously supported version of any software you are using. We can also provide solutions for companies looking to utilize legacy systems that aren’t actively supported. If you would like to talk to one of our IT professionals about getting the software support you need, contact us today at (800) 588-4430.

Facebook Twitter LinkedIn
Tags:
Microsoft Upgrade Windows
Yes, Your Business Can Use Outsourced IT Services!
What You Need to Know About the Internet of Things

By accepting you will be accessing a service provided by a third-party external to https://www.telesysonline.com/ 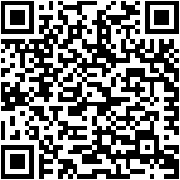